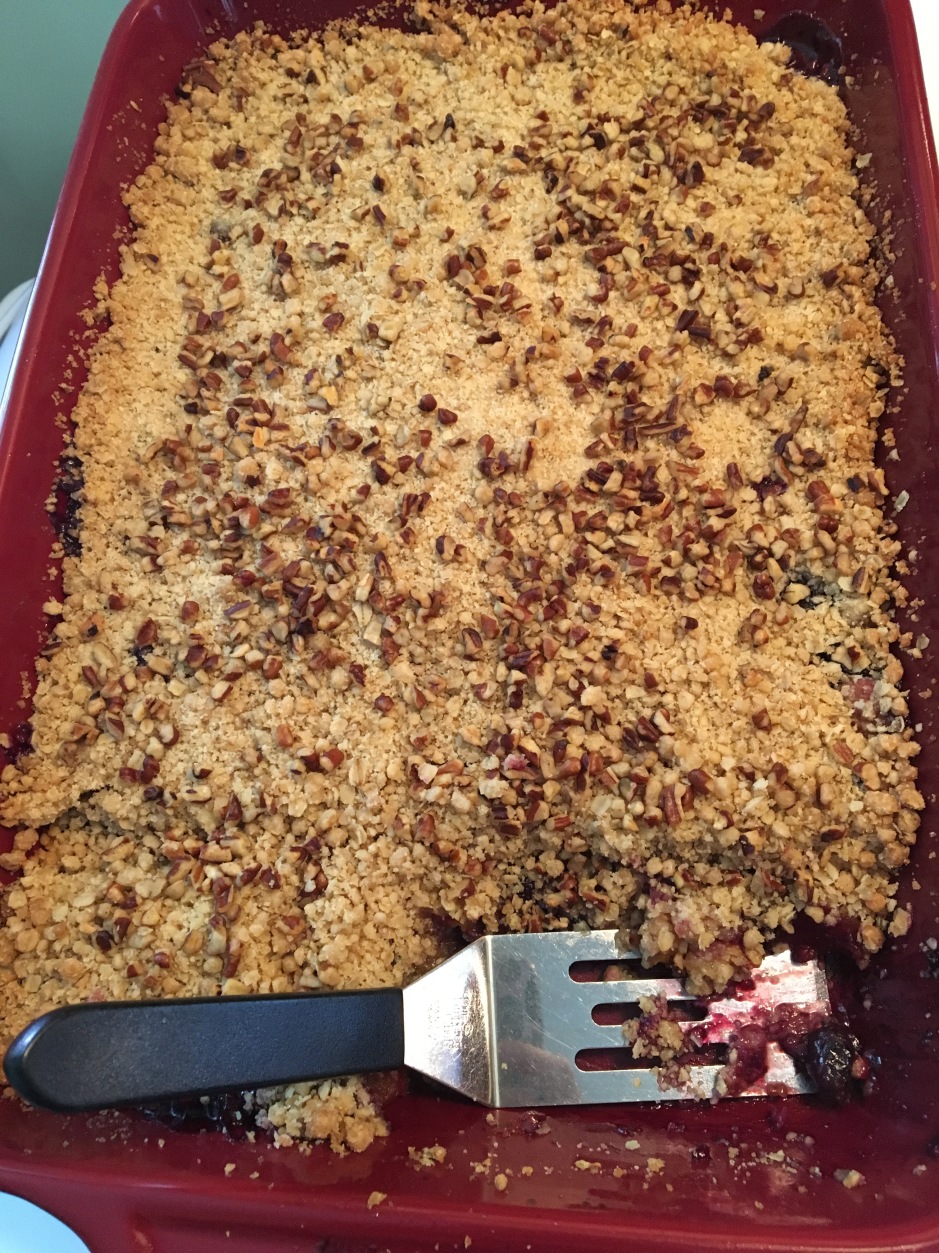 Does anyone else have moments where they just don’t know what to have for dinner and end up just having waffles and ice cream? I swear I’ve only met one other family that does this but sometimes it’s the best option we can come up with when everyone’s had a long and rough day and doesn’t want to cook.

That night was tonight but we didn’t want waffles (who wouldn’t want ice cream?) so I decided to make blueberry crisp instead. My old elementary school has a fundraiser each year in which they sell 10 pound boxes of blueberries for a pretty fair price. Every year my mom orders two boxes so this year I decided to use up some of them right away (I’m not a huge blueberry fan).

This is a pretty quick and easy recipe and it has the perfect amount of sweetness.

Put your blueberries in a large bowl and coat them with the flour and brown sugar. Set aside.